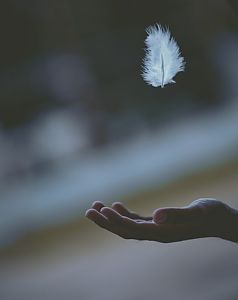 Date: Sunday, April 19, 2020
Sunday, February 28, 2021
Price per person: $399
Patron Price: $449
Price for Centers: $999
Price for Groups: $799
NOTE: This is the registration option for "Package discounts".
Foundations for Freedom: The Hinayana - Courses I - V
with Acharyas Susan Chapman, Fleet Maull, John Rockwell, Judith Simmer-Brown, Dan Hessey, Dale Asrael, Suzann Duquette, Eric Spiegel, Eve Rosenthal and Shastri Loden Nyima.
A year-long series of courses, open to all, providing an in-depth exploration of the foundational Buddhist teachings of the Hinayana through the lens of the Shambhala terma teachings.
Click here for an overview of the complete five-part series.
Each course will offer 2 live events and 4-5 pre-recorded talks, making it very easy to include in your schedule. (Live sessions will be recorded and available within the course.)
The Five-Course Schedule

April 19 - May 31: Course I - The First Noble Truth: Meeting Suffering with Maitri

September 6 - October 31: Course III - The Second Noble Truth: The Origin of Suffering, Part II - The Wheel of Life; Karma; and the Twelve Nidanas

April 19 - May 31 with Acharyas Susan Chapman and Fleet Maull

Class 6: Discussion on Zoom with both teachers (Live session May 31)

NOTE: Live sessions will be recorded and available within the course.

Suggested readings will use the following texts: (Those marked with an asterisk would be most useful to acquire.)

* The Path of Individual Liberation (The Profound Treasury of the Ocean of Dharma, Volume One), by Chögyam Trungpa

The Heart of the Buddha, by Chögyam Trungpa

The Myth of Freedom, by Chögyam Trungpa

NOTE: Please register with your Center or Group Shambhala account, or create one following the instructions at this link.

Generosity Policy. We want to make the teachings available to all and will work with you to ensure your participation. Log in and click on the Request a Discount link below before registering to receive a coupon code to use at checkout. For a further discount or scholarship, write to [email protected].