A public event presented by the Touching the Earth Collective and hosted by Shambhala Online. (In addition to the live session, registration includes access to recordings for Parts I and II.) 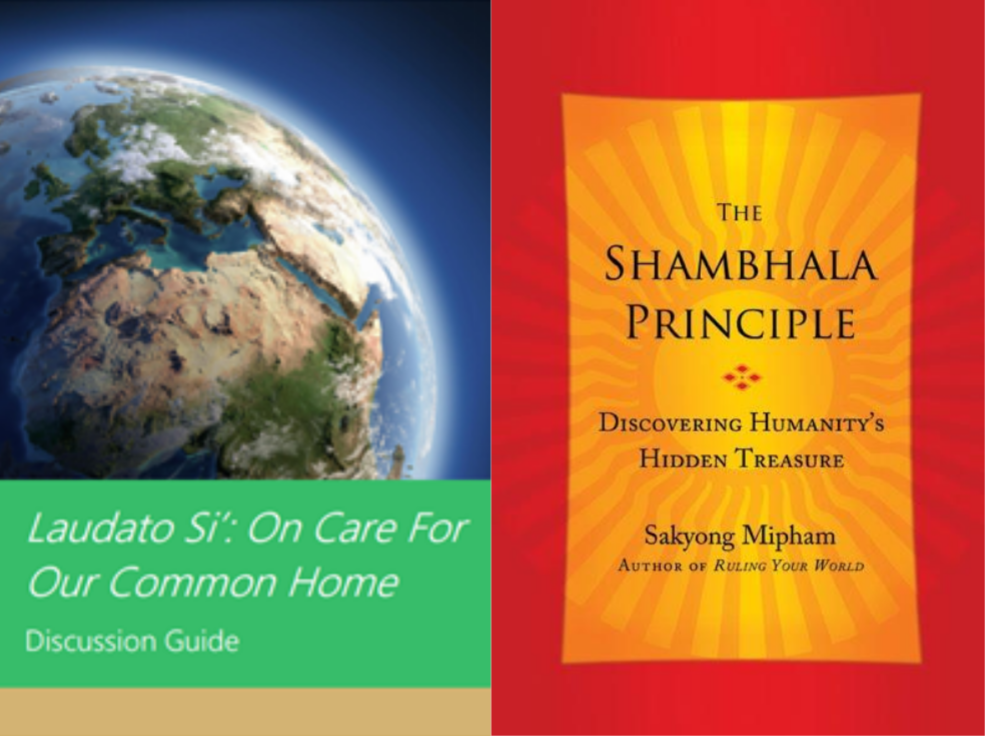 “A certain way of understanding human life and activity has gone awry, to the serious detriment of the world around us. Humanity has entered a new era in which our technical prowess has brought us to a crossroads.”
– Pope Francis, Laudato Si’

“We humans have come to a crossroads in our history: we can either destroy the world or create a good future. Even climatically, the balance is shifting to dramatically change the face of the earth. Our ecosystem is in a precarious and fragile state, and our future depends on our actions as a species.”
– Sakyong Mipham Rinpoche, The Shambhala Principle

In the run-up to the 196-nation conference that adopted the historic Paris Agreement on climate change in 2015, the Pope and the Sakyong offered their assessment of the challenges facing our species and earth’s biosphere. They also set out the personal and societal changes that would be needed to meet the threat of global devastation.

Over two forthcoming programs, members of the Touching the Earth Collective will offer succinct, interactive presentations highlighting each of these points of convergence. We have invited Richard Reoch to host our gatherings, and he has accepted.

After retiring as President of Shambhala, Richard Reoch developed a 14-point comparison of these two analyses and found remarkable resonances between them.

Patrons: $20. The Patron rate supports our efforts to connect teachers and learners through online programs. In particular, it helps us offer the generosity policy to those in need.