From November 2020 to April 2021, we will offer a film to watch on your own time and a scheduled Zoom meeting to have a discussion based on the topic(s) presented in the film. The program will present a broad spectrum of views on our relationship with this earth and will include both documentaries and features from around the world. 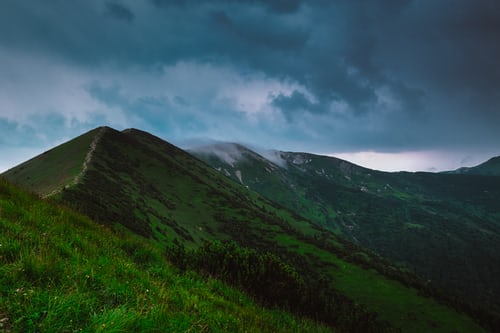 How?
1- We announce the movie in this newsletter and on the Collective’s website
2- You watch it at home or with a friend before the discussion date
3- We discuss it online in a Zoom Room, with a break-out groups format

Our Programmer for this series is British-born film brat Angela Pressburger, who has been a Program Consultant for the Vancouver International Film Festival since 2000 and has sat on documentary juries for both the Vancouver and Seattle film festivals. In 2001, Angela founded the Sunshine Coast Film Society, which is still running, and in 2012 she started the Tatamagouche Movie Group, many of whose members will be joining us for this film series. At one point she wrote a movie review column for the Shambhala Sun and she is also the co-founder of the short-lived Shambhala Agricultural Foundation, which turns out to have been just a little before its time.
………………………………………………………

After a lively conversation about Africa and the state of protecting the land there at our last discussion, we decided we wanted to further explore the topic of  “soil”. These are two of the best on the topic as well as being excellent documentaries which will keep you entertained as you learn. Watch the films if you can, and if you’re inspired, please join us for the discussion 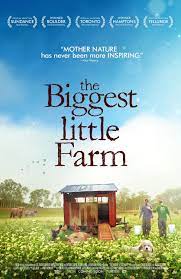 A testament to the immense complexity of nature, The Biggest Little Farm follows two dreamers and a dog on an odyssey to bring harmony to both their lives and the land. When the barking of their beloved dog Todd leads to an eviction notice from their tiny LA apartment, John and Molly Chester make a choice that takes them out of the city and onto 200 acres in the foothills of Ventura County, naively endeavoring to build one of the most diverse farms of its kind in complete coexistence with nature. The land they’ve chosen, however, is utterly depleted of nutrients and suffering from a brutal drought. The film chronicles eight years of daunting work and outsize idealism as they attempt to create the utopia they seek, planting 10,000 orchard trees and over 200 different crops, and bringing in animals of every kind– including an unforgettable pig named Emma and her best friend, Greasy the rooster. When the farm’s ecosystem finally begins to reawaken, so does the Chesters’ hope – but as their plan to create perfect harmony takes a series of wild turns, they realize that to survive they will have to reach a far greater understanding of the intricacies and wisdom of nature, and of life itself.

About two-thirds of the world’s soil is desertifying, and the remaining topsoil will be gone within 60 years. Pesticides rebranded for farms from toxic chemicals developed by German scientist Fritz Haber, who also developed the poisons used in the gas chambers of the Holocaust, have been turning the world’s soil into dirt for decades, leading to poverty and global warming. There is hope, however, with “regenerative agriculture,” which could balance our climate, replenish our vast water supplies, and feed the world.

Josh Tickell and Rebecca Tickell examine the eye-opening history of soil narrated by three-time Academy Award® nominee and environmental activist Woody Harrelson. Including historical context about the Dust Bowl—the largest man-made environmental disaster—the film follows modern-day conservationists such as Ray Archuleta, who teaches farmers regenerative agriculture, and French Minister of Agriculture Stéphane Le Foll, who introduced the “4 per 1,000” Initiative, which 30 countries signed except for the US, China, and India. Kiss the Ground takes us around the world, showing a global movement to regenerate the world’s soil

Link to Watch the Film:
In Canada or the US: Netflix

See you in the Movie Zoom Room!