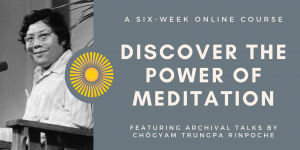 Learn or refresh your connection to the practice of meditation as taught by Chögyam Trungpa Rinpoche. Although decades old, these archival talks from the summer of 1974 retain their original potency and are a reminder of Chögyam Trungpa Rinpoche’s incomparable skill at communicating Buddhist teachings to a Western audience. These short talks – from mindfulness practice, to awareness practice, to the realization of emptiness – will be supported by further commentary and facilitated discussion by some of today’s leading teachers of Buddhism in the West, many of whom were actually present during these talks in 1974, including:

This course also includes the possibility of connecting in-person (or online) with a local study group in cities and regions where there are multiple registrants. 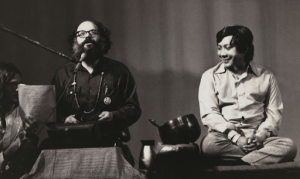 Patron Price: $395
Full Tuition: $295
Subsidized Scholarship Tuition: $195 (limited availability)
If the subsidized tuition is not possible for you, please email [email protected] and indicate what amount you can pay. No one will be turned away for lack of funds.

Register Now and discover the power of these timeless teachings from one of the most revered Buddhist teachers of our time. 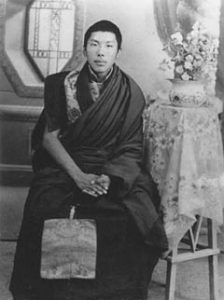 “The world is in absolute turmoil. The Shambhala teachings are founded on the premise that there is basic human wisdom that can help solve the world’s problems… Shambhala vision teaches that, in the face of the world’s problems, we can be heroic and kind at the same time.” – Chögyam Trungpa Rinpoche.

Rediscovering Our Wisdom and Compassion
The ancient kingdom of Shambhala was renowned for the compassion and wisdom of its leaders and citizens. According to the legend of Shambhala, these qualities were the result of unique teachings on enlightened society that the Buddha gave personally to King Dawa Sangpo, the first sovereign of Shambhala.

These instructions have been preserved over the centuries and are held by a hereditary lineage of teachers that hold the title “Sakyong.” It is a royal title that means “Earth Protector.”

The first Sakyong in modern times was the Tibetan meditation master, Chögyam Trungpa Rinpoche (the Tibetan title, Rinpoche, means “precious one” and denotes a rare and profound teacher). Prior to his escape from Tibet in 1959, he was the holder of numerous meditative lineages and leader of a large monastic complex.

Having witnessed the demise of his own culture, and how full of turmoil and pain the world was, Chögyam Trungpa went into a great period of self-reflection and meditation. He came to realize that the ancient teaching of Shambhala were more relevant and necessary then ever, given the immense challenges facing the planet. Beginning in the 1970s he began to present a societal vision based on the Shambhala principle that proclaims the inherent goodness of all humanity.

Chögyam Trungpa felt that humanity was at a crossroads. If it wished to create a better world, it would need to base its approach on global respect for fundamental human dignity. This is the core message of Shambhala. His teachings were gathered together into his best-selling book Shambhala: the Sacred Path of the Warrior, and many other writings, films and recordings.

The presentation of meditation practice as it was presented and recommended by the Buddha himself. Chögyam Trungpa Rincpche speaks about how he has personally gained wisdom and clarity from practicing meditation in this way.

An in-depth look at shamatha meditation practice. Topics include the individual nature of the Buddhist journey, the meaning of peace, and the understanding of meditation as a natural act that involves simplicity, precision, and directness.

Chögyam Trunpa Rinpoche discusses sems, lodro, and rigpa – aspects of intelligence, or the mechanics of mind, as well as the development of ego through the five skandhas.

All of the talks are experiential. In the last talk, Chögyam Trungpa Rinpoche gives the audience a taste of the desolation and power of shunyata, or emptiness, and how this experience leads to the dawning of Buddha nature and the first glimpse of enlightenment.

A final gathering with a comprehensive Q&A session and a course wrap up – as well as a celebration of the collective accomplishment of practice and study! 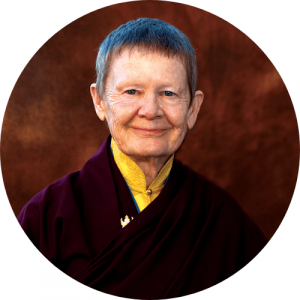 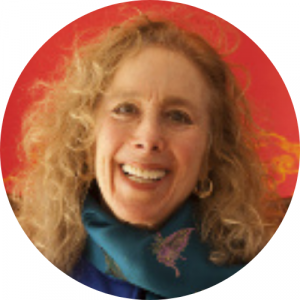 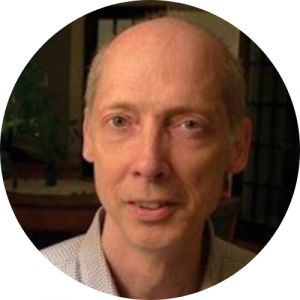 After pursuing theology, then physics, and then computer programming, Lodro  Holm became  a student of the Vidyadhara in 1971, and moved to Boulder to join the Karma Dzong community there.  He led the first dathun at SMC (then Rocky Mountain Dharma Center) and in 1976 he was appointed Loppon of Three  Yana studies, with responsibilities for meditation instructors,  curriculum, and  tantra students.  He attended every seminary conducted by the Vidyadhara, first as a teacher, then as a translator, and also to assist with the entry of  new vajrayana students.  As a founding member of the Nalanda Translation Committee as well as the Ngedon School for advanced buddhist studies, he was fortunate to work with the Druk Sakyong on Buddhist and Shambhala texts, including the Rain of Wisdom, and the Vajrayogini, Chakrasavmara, and Werma sadhanas. In 1985 the Vidyadhara designated him Dorje Loppon and empowered him to give ngöndro and vajrayana transmissions.  He assisted the Vidyadhara and Vajra Regent with main talks at the 1986 and 1988 seminaries, and was a principal teacher at the 1990 seminary. He has worked with vajrayana and Shambhala sadhakas, and published a collection of talks on Vajrayogini practice, Dancer in the Coemergent Mirror.  He has taught many Shambhala subjects including at several Kalapa Assemblies.  He was appointed  an Acharya by Sakyong Mipham Rinpoche and served from 1996 – 2020.  Over the years, he also continued his study and practice with other lineage masters, especially Thrangu Rinpoche, Khenpo Tsultim Gyatso Rinpoche and Dzongsar Khyentse Rinpoche. Over the past 8 years he has taught annually on Shambhala Online, mainly on sadhana practice and mahamudra tradition.  He lives in Halifax with his wife Donna; they have one son and two grandsons. 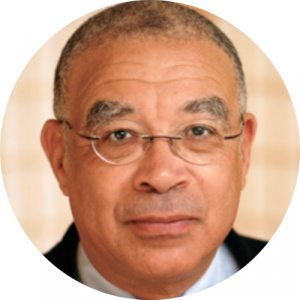 Gaylon Ferguson, PhD, taught Interdisciplinary and Religious Studies for 15 years at Naropa University in Boulder, Colorado. (He was recently granted early release for good behavior.) He has led group meditation retreats since 1976; thus far, not a single participant in these retreats has attained complete, solid egohood. He is the author of two books: Natural Wakefulness, on the four foundations of mindfulness as taught by Trungpa Rinpoche, and Natural Bravery, on the sacred path of fear and fearlessness. 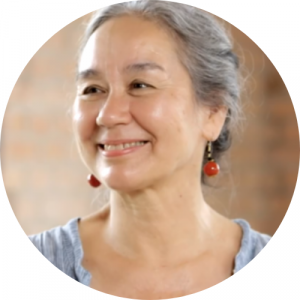 Arawana Hayashi first saw Vidyadhara Chögyam Trungpa, Rinpoche in the summer of 1974 when her improvisational dance company auspiciously toured through Boulder. She did not remember anything he said, but she had never seen anyone move through the space as he did. That inspired her to stop and sit down on a cushion. She attended the 1979 Vajradhatu Seminary and the 1981 Kalapa Assembly. In 1981 she returned to Cambridge, MA to found and direct the Jo Ha Kyu Performance Group, which presented performances of new choreography and Japanese court dance, bugaku. The company also made community-based site-specific performances and school programs. She directed the company for 19 years. She began teaching Shambhala Training in 1982, and has co-directed eight Warrior Assemblies. Since 2002 she has taught meditation and creative process at ALIA (formerly the Shambhala Institute for Authentic Leadership). Since 2004 she has been teaching innovative leadership workshops with social researcher, Otto Scharmer, and is a founding member of the Presencing Institute. She currently is creating Social Presencing Theater as a Presencing Institute initiative, which applies Shambhala Art to organizational and social change projects. 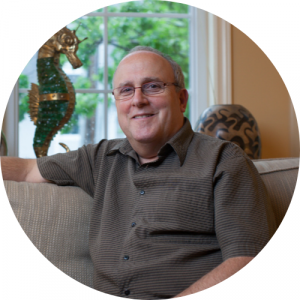 Marty Janowitz has been a student-practitioner of meditation and Buddhism since encountering his teacher Chögyam Trungpa Rinpoche at the age of 20 in 1970. He is a senior teacher within Rinpoche’s lineages of Kagyu-Nyingma and Shambhala who received meditation instructor training from Rinpoche in 1972 vividly reminded to, “always respect the experience of the student”. He most treasured and was scared by the 17 years he was able to serve Rinpoche – as cook, attendant, travelling secretary, protector, or student-teacher.  Transitory roles included being the founding Executive Director of Naropa Institute (now University), a founding Director of Shambhala Training, Kusung Dapön (leader) of Rinpoche’s personal guardian service, travelling aide de camp, and a member of Vajradhatu/Shambhala’s governing boards. In 1986, he and his family immigrated with Rinpoche, from Colorado to Nova Scotia, Canada in furtherance of a commitment to the integrated Shambhala path of inner and societal transformation. On behalf of his successor, Sakyong Mipham Rinpoche, he served as Warrior General of Shambhala and its Council of Warriors to strengthen the practices and teachings of Shambhala and then as an Acharya (authorized senior teacher) until his retirement in 2019. Central to his practice and learning has been action towards sustainable and environmentally healthy communities expressing the heart of awareness. He has been involved in this movement for 30+ years as an activist, volunteer and consultant in Canada and internationally, most recently focused on sustainable communities and interfaith action on our climate crisis. Over the past five years, Marty and his wife Susanna transitioned to a new base in central Mexico from where he has continued teaching and also pursued training and practice as an executive and life coach, drawing on all the intertwined dimensions of his life experience. 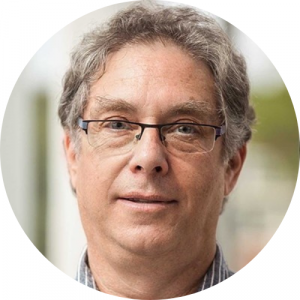 Beginning in 1971, Larry Mermelstein became a close student of the Venerable Chögyam Trungpa Rinpoche, Tibetan Buddhist meditation master and scholar. He has served as a senior teacher in the Vajradhatu/Shambhala community for decades, as well as being a member of the board of directors for some twenty years, now long ago. He is a founding member and the executive director of the Nalanda Translation Committee for over forty-five years and is a long-time consulting editor to Shambhala Publications. 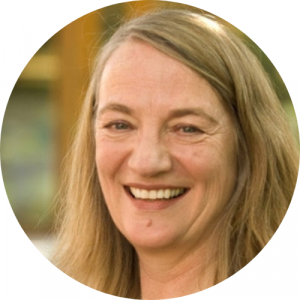 Acharya Judith Simmer-Brown, Ph.D., is Distinguished Professor Emeritx of Contemplative and Religious Studies at Naropa University in Boulder, Colorado, where she has taught since 1978.  As Buddhist practitioner since the early 1970’s, she became a student of Chogyam Trungpa Rinpoche in 1974, and was empowered as an acharya (senior teacher) by Sakyong Mipham Rinpoche in 2000.  Her teaching specialties are meditation practice, Shambhala teachings, Buddhist philosophy, tantric Buddhism, and contemplative higher education.  Her book, Dakini’s Warm Breath (Shambhala 2001), explores the feminine principle as it reveals itself in meditation practice and everyday life for women and men.  She has also edited Meditation and the Classroom:  Contemplative Pedagogy for Religious Studies (SUNY 2011). She had her husband, Richard, have two adult children and three grandchildren.